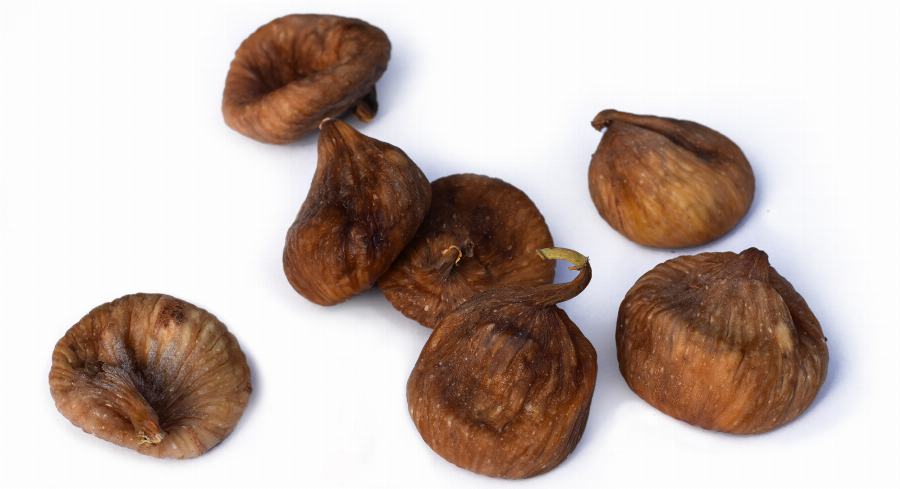 Figs taste fresh, are a delicacy when dried and are used in desserts and pastries.More…

Depending on variety and growing region from June to September.More…

Figs are the fruits of the real fig (bot. Ficus carica).More…

Figs are undemanding and thrive on almost any soil and in low rainfall areas. This makes them a proven source of income for the population of these regions, who have appreciated this source of food for thousands of years. Organic cultivation without pesticides and the renunciation of artificial fertilizers ensure a positive microclimate.More…

Figs are among the oldest cultivated plants. Remains of figs over 11,400 years old have been found in Jericho. As an alternative sweetener, figs are appreciated in the natural cuisine.More… 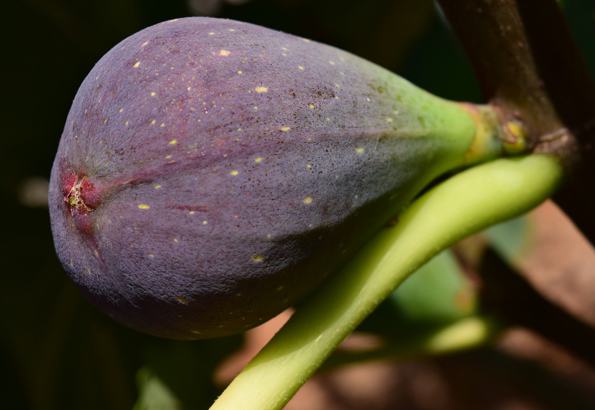 Organic figs are valued as dried fruits in blends, and dried fruits are also traditionally a must at the Christmas plate. Sliced and chopped, they are a popular ingredient for mueslis, oriental dishes, purees, chutneys and sauces. In fruit bread and muesli bars, figs provide a pleasant sweetness and make it easy to dispense with industrial sugar.

The fig (Ficus carica) grows as a shrub or smaller tree. Depending on the climatic conditions, it reaches a height of between three and ten metres. The shape of the deciduous plant is determined not only by the type of culture but also by the type of fig. In very old specimens, the crest reaches a considerable diameter. The branching begins early and already from a relatively low height. Thick, straight branches and a sometimes twisted or curved stem are typical of figs that belong to the mulberry family (Moraceae). The inflorescences are inconspicuous because the numerous individual flowers are enveloped by the bracts. They are reminiscent of small figs. However, only the shrubs and trees of the domestic fig (Ficus carica var. domestica) come to flower. Its flowers are fertile, it does not have male flowers. In order to harvest fruit, one needs specimens of the buck fig (Ficus carica var.caprificus), which is also known as Capri, goat or wood fig. It has only sterile female flowers, but male blossoms that are essential for fertilization. Both varieties must therefore be cultivated together. Wasps take over the fertilization. For this reason, priority is often given to new, virgin varieties. No pollination is necessary for the formation of the fruit. These advantages are increasingly being used by commercial growers. They plant the so-called Adriatic type so that satisfactory harvests can be achieved even without fertilization by the fig gall wasp. Three to five months after fertilization, the figs are ripe. The small seeds inside the fruit are the remnants of the female flowers. Figs are spherical or resemble pears. Fully ripe fruits are usually violet, but green fruits are also possible depending on the variety. The shell thickness is also different. In the main European cultivation area, Turkey, mainly thin-skinned varieties are cultivated, while Greece, on the other hand, tends to produce fruit with a thick, robust skin.

The exact origin of this ancient cultivated plant can no longer be determined. Even the shape of the wild fig can only be guessed at. Science assumes that the precursors of the real fig come from Southwest Asia. Since ancient times, however, figs have been known throughout the Mediterranean as cultivated plants – and also in a wild form. Ficus carica is cultivated commercially in Europe in the Mediterranean region. Fig trees also thrive wherever there is a temperate climate with warm winters. Figs can be found in German wine-growing regions, but their yield does not play a significant commercial role. Even if figs do not make much of a claim on the soil, deep soils are very suitable for commercial cultivation and a rich harvest. Stagnant moisture and long periods of frost, however, do not affect the crop.

It is the natural characteristics that make figs so interesting for organic cultivation. On the one hand, there is the undemanding nature of the soil. In addition, figs do not tolerate artificial fertilizers and pesticides can often be dispensed with in conventional cultivation. Under these conditions, figs are ideal partners for organic farmers. Due to the adaptation to the Mediterranean climate, only little water is necessary for a full yield. The sustainability of the figs we sell is supported by fair trade, which is vital for the farmers.

With good conditions and the choice of varieties suitable for the location, fig trees bear fruit up to three times a year. In the main cultivation area of Turkey there are up to 20 tons of figs per year and hectare. This corresponds to a quantity of dried fruit of around seven tonnes. A growing proportion of figs is harvested before they are fully ripe for fresh consumption, even though this market share is still relatively small compared to the total harvest. To dry the figs, full ripeness is awaited, as this is the only way to expect full sugar content. Although figs can also be harvested mechanically, they are still traditionally beaten from bushes and trees with sticks or picked by hand.

The main country of production is Turkey. With over 300,000 tons, Turkey accounts for around one fifth of the world’s harvest. The harvest is followed by Egypt, Algeria, Iran and Morocco.

The fig is the first cultivated plant mentioned in the Bible – as a fig leaf covered with Adam and Eve.