Our first experience with Biofach in the digital space! We take stock.

After three trade fair days as a digital exhibition at Biofach, our résumé is mixed. There were many good contacts and virtual exchanges with customers and suppliers worldwide. We would like to express our sincere thanks for this. One advantage of this digital meeting is certainly that people who otherwise would not have made the trip to Nuremberg were able to participate. However, the number of visitors was much lower at 13800 compared to the previous year’s figure of around 50000. And here, too, it must be said that the participants had no other chance than to present themselves digitally.

With the possibility of digital chats, video calls and conferences, there was plenty of opportunity to get into conversation with each other. But unfortunately we had to realise that the essential of digital communication, the technology, did not work properly. In some cases, arranged video calls could not take place because no contact could be established, the screen was too dark or the conversation as a whole was of very poor quality. This is precisely where there is a need for action for Biofach as an organiser to show more competence and to prepare better for future fairs. After consultation with other exhibitors, we are not alone with our experiences.

In any case, it is positive to mention that this time there was the opportunity to take part in congresses and roundtables where there is usually not enough time. There was a wide range of offerings here, some of which were attended by over 700 people. In addition, the platform still offers the opportunity to view all exhibitor profiles for a few weeks and even get in touch later. Thus, originally 3 days of the fair were spread over many weeks and still give plenty of opportunity to look around among the exhibitors.

Nevertheless, we draw the conclusion that we are looking forward to next year’s Biofach “face-to-face”. The physical contact at a fair of this kind was definitely missing. We are eagerly waiting to see how the fair will present itself next year. 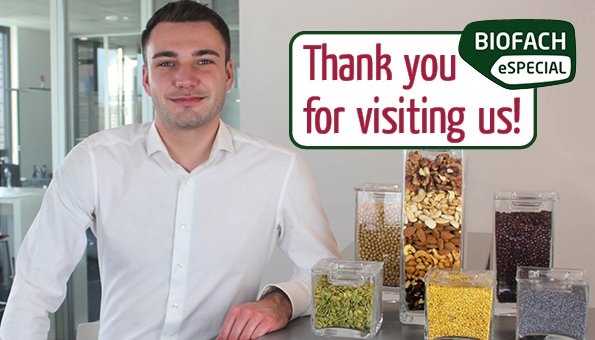