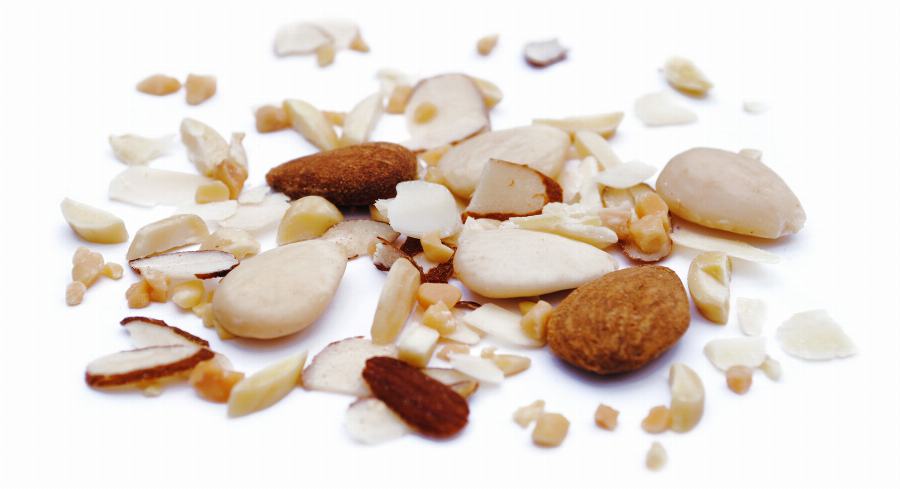 Annual, depending on the production area from the end of June to September.More…

With a savory nutty skin, peeled with a fine, sweet aroma.More…

The temperate zones of Southwest Asia.More…

Over 2.2 million tons of sweet almonds are harvested annually. Almost half of this comes from the USA.More…

Almond trees reach an average age of 70 – 80 years under good conditions. The nectar from the flowers is an important insect food in early spring. The production of almond oil produces bran, which is used for cosmetic purposes.More…

The average content of calcium, magnesium and potassium is higher than that of other nuts.More… 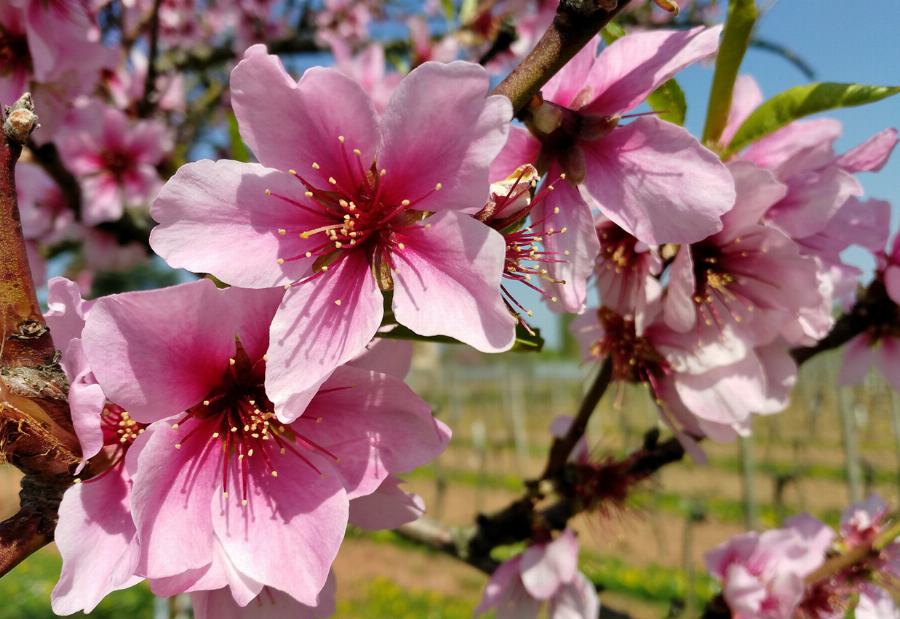 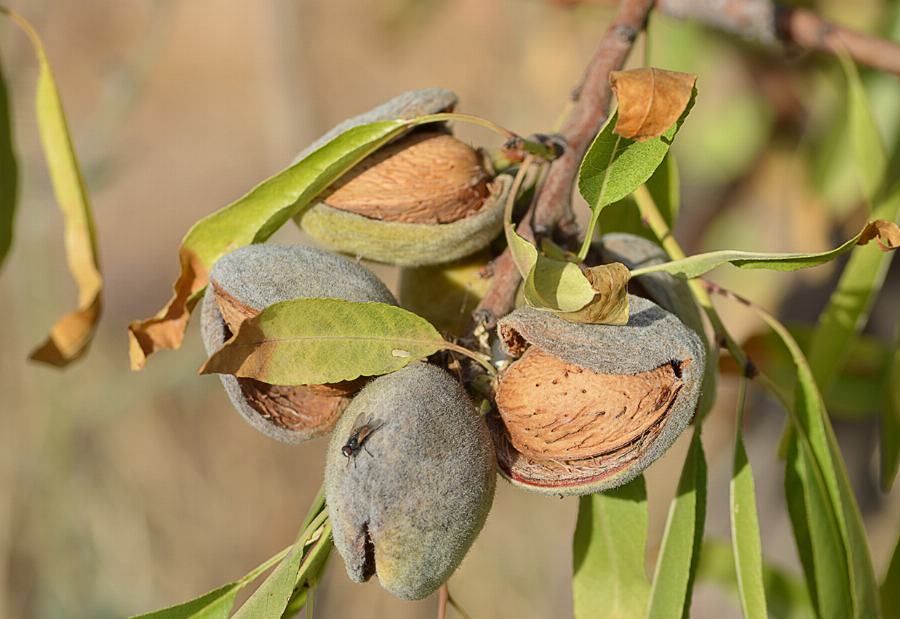 Our organic almonds are appreciated in the pastry shop. Crunchy almonds are also in demand when preparing vegan and vegetarian spreads, almond drinks, exotic dishes or pure snacks. Planed, pinned and chopped, they also serve as decoration.

The almond tree grows upright. It reaches a regular growth height of 2 to 3 m as a shrub and 8 – 11 m as a tree. Almond trees are deciduous, the brown winter buds give rise to the pale pink flowers in spring and later to the lush green leaves. Life expectancy is 70 to 80 years. Specimens up to 150 years old are not uncommon. In the commercial sector, however, the tree population is renewed when the yield noticeably decreases. The stone fruits grow in a hairy green shell, the mesocarp. In the course of the growth this becomes brownish. When ripe, the outer skin ruptures. The woody inner shells (endocarp) of the almonds emerge. They contain the kernel, which is sold raw or processed. In addition to the popular sweet almonds Prunus dulcis var. dulcis, there are bitter almonds Prunus dulcis var. amara, which are pure inedible, even poisonous. In addition to these varieties, there are also the crack almonds. They have a thin shell and are found in nut mixtures with a shell, especially during the Christmas season. Almond trees need a warm, balanced climate. In Europe, they thrive in the Mediterranean and other wine-growing regions. Sheltered locations are ideal for this tree. Areas with short winters and long dry summers provide a productive yield. A permeable, nutrient-rich soil, rich in humus or loamy-sandy, is ideal for the almond tree.

The almond tree probably originated in southwest Asia. It can be found in natural locations at altitudes of up to 1700 m. The wild variant of the almond tree particularly appreciates sunny slopes and stony soils. Wild occurrences can be found from the Levant via Anatolia to Iraq, Iran and Uzbekistan. The traditional cultivation area in Germany is the Pfalz.

The almonds in our assortment are sourced in organic quality from Italy and Spain. Full tree ripeness, relatively short transport routes and gentle processing methods keep the kernel wonderfully crunchy. The spicy, nutty and yet delicate aroma of the organic almonds gives all our almond variations something special. Valuable minerals and a high proportion of unsaturated fatty acids contribute significantly to a healthy diet.

European almond trees have adapted to the prevailing climate. They therefore need less water than Californian almond trees. Only in longer dry periods do they need watering to increase yields and ensure consistent quality. The fact that not only the almond kernel is used contributes to sustainability. Almond shells are processed into animal feed, and the shells are used for livestock farming as bedding material. Almond by-products such as almond bran, which is produced by pressing the oil, are used in cosmetics.

In the traditional harvest, harvesters cut the nuts from the tree with iron rods. Dried leaves and dry twigs are cleaned at the same time. Alternatively, electric tree shakers are used. The almonds are removed, freed from their outer shell and cracked for further processing.

Organic almonds convince with their typical delicate and at the same time spicy aroma. They are brown with skin as well as blanched without seed skin a pleasure.

Almost 90 % of the world’s harvests are grown in the ten main regions, the USA being the most important. In 2017, they produced more than one million tonnes of almonds, about 46% of the world harvest of 2.2 million tonnes. Spain is the second largest producer, while Italy is currently in sixth place. On average, 1 tonne of almonds is extracted from one hectare of arable land. If the yield decreases, the almond tree wood is used in the production of fine small furniture. Branches and leaves are worked back into the soil. This ensures a natural cycle and improves the soil.

The discreetly bitter brown seed skin can be subsequently removed from the almonds by pouring boiling water over it and letting it steep for a few minutes. When roasted, the aroma of the almonds unfolds particularly intensively. 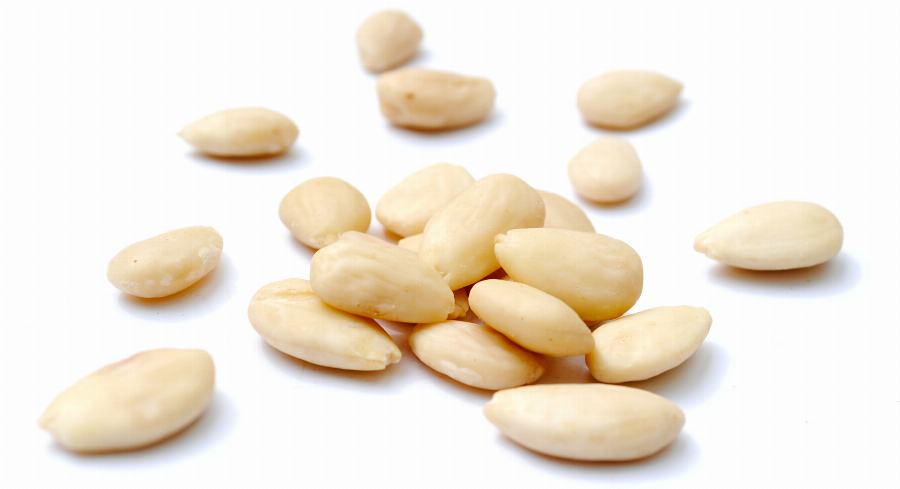 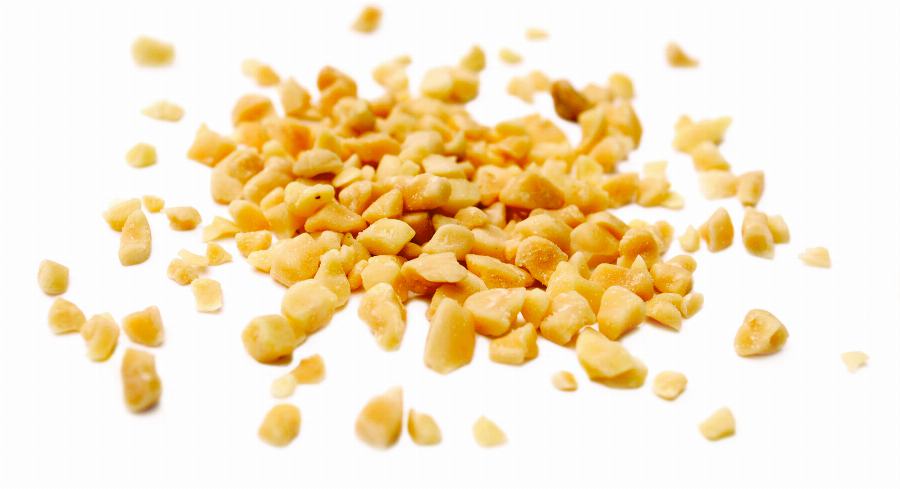 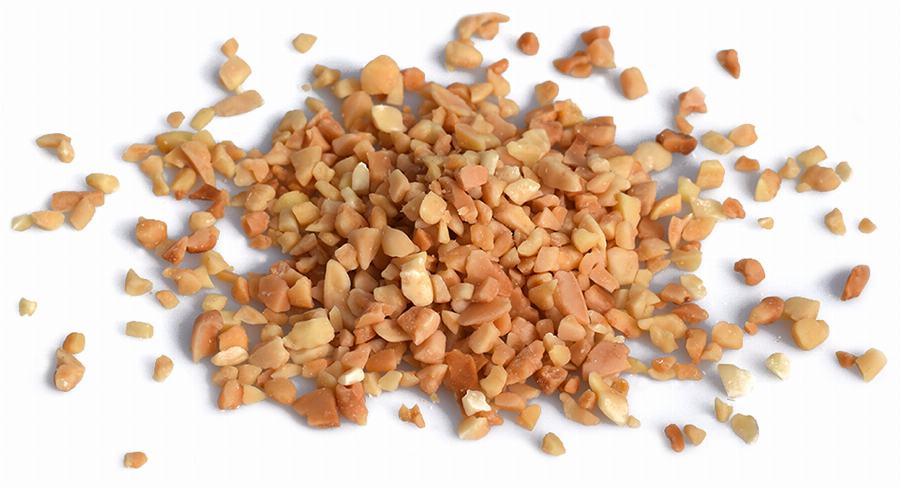 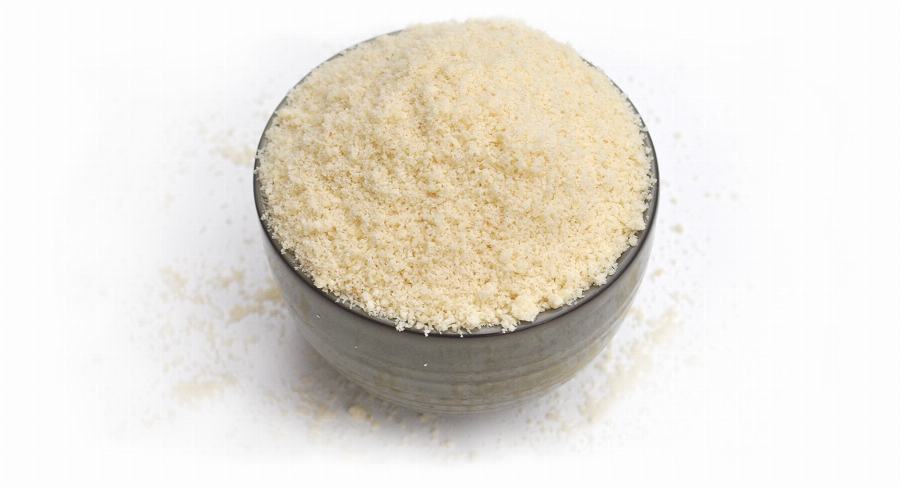 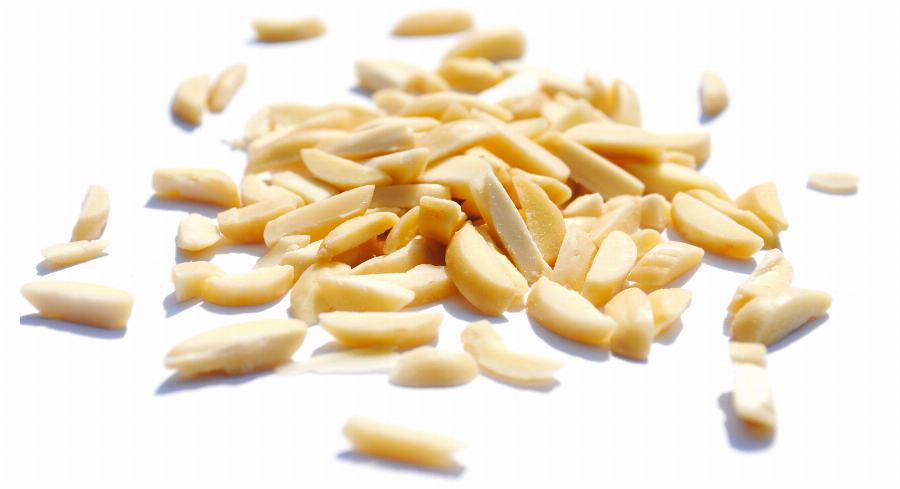 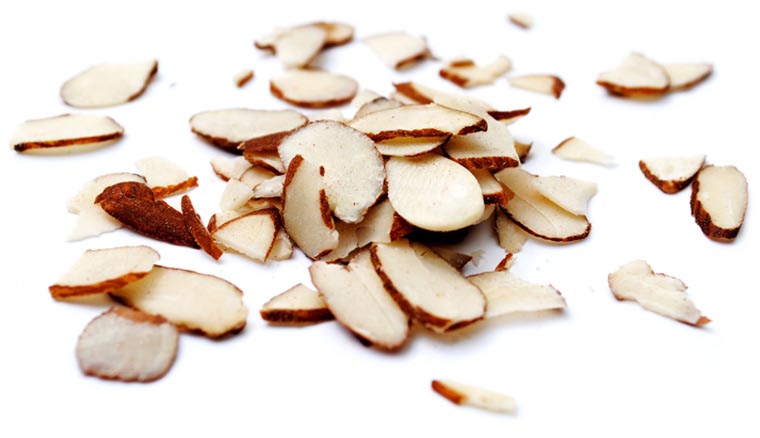 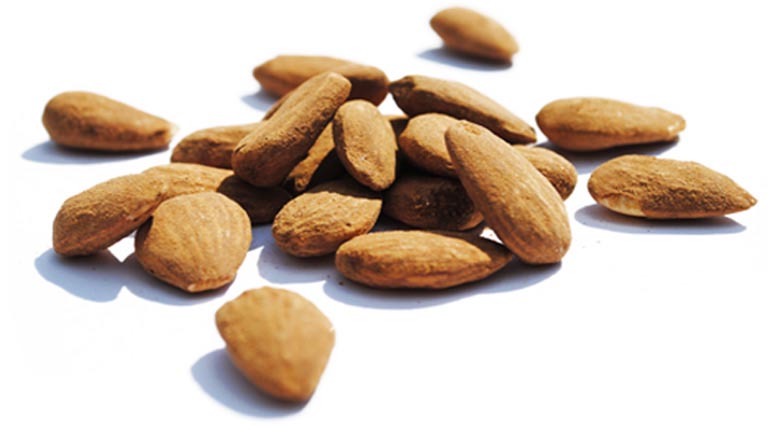