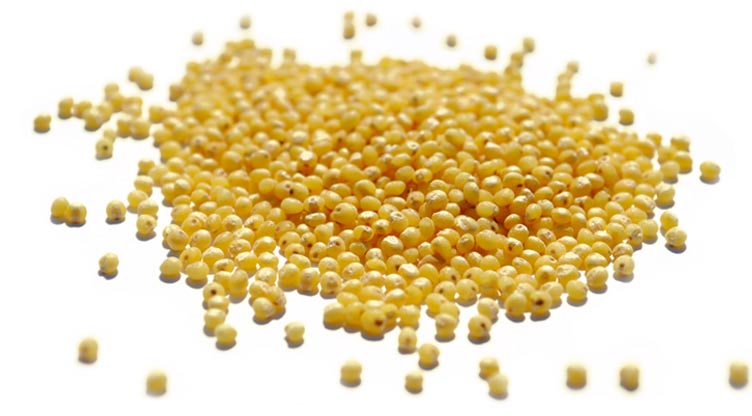 Millet is used as a gluten-free grain – together with other types – for bakery products. Organic millet tastes good as a porridge and in muesli, vegetable dishes and spreads it gives bite and consistency depending on how it is ground out.More…

Depending on the growing area, in the northern hemisphere from summer to autumn.More…

Annual husk cereal from the sweet grass family (Poaceae). Different types of millet are cultivated as food in different growing areas. Millet (Panicum miliaceum L.), foxtail millet (Setaria italica) and sorghum (Sorghum bicolor), for example, are processed industrially. Golden millet is millet that has been removed from its shells.More…

Sorghum has been cultivated in Africa for thousands of years.More…

The majority of the world harvest of about 86 million tons is processed as pure food and for feed purposes. Only a small part is sold as grains or flour.More…

Millet species are cultivated in almost all regions of the world. Already in ancient times, millet was an important staple food not only in Africa but also in China. More and more farmers are thinking about this ancient food. Millet is an important part of crop rotations that contribute to soil conservation and improvement. The grains are used for food and animal feed, the green or dry plant parts are processed into litter. Increasingly, these residues are also being used as biomass to generate energy.More…

Millet contains 9.8 g protein with only 3.9 g fat. Their content of usable carbohydrates is above average, 68.8 g.More… 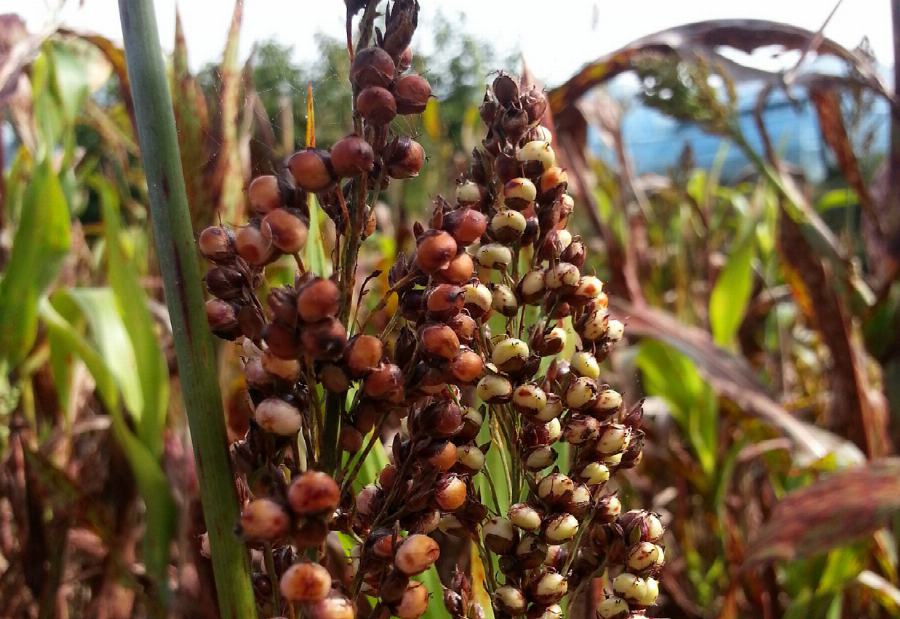 Millet is suitable for both sweet and savory dishes. Increasingly, it is sweetened in the full-fledged kitchen to accompany morning porridge or serves as an ingredient in mueslis. But also savory vegetable millet pots and spicy bratlings are made from the traditional food. Millet is even processed for the production of gluten-free beer.

Golden millet is a popular variant of millet, which is used by us for food purposes. Millet is fast-growing, and on average only 100 days pass from sowing to harvesting. This makes it suitable for crop rotation. Above all, the change with legumes has proved to be biologically and economically sensible. The grains ripen in long, productive panicles before they are harvested in summer.

The German term for these sweet grasses, millet, comes from the Old Germanic. Hirsa, hirsi or hirso were derived from the Indo-European term for nutrition, nourishment and saturation. Millet was already used as a food 8000 years ago, it was used to make flat bread early on. With the introduction of potatoes, maize and wheat into our diet, the importance of millet was lost. Now millet is increasingly being cultivated again, as these gluten-free grains are also suitable for celiac patients and allergy sufferers.

Millet thrives on almost any soil, even in dry locations. There, however, it is mainly used to produce biomass, as the carbohydrate-rich plant has a high energy potential for biogas production. Brown millet, on the other hand, appreciates permeable soils; on compacted subsoil, harvest losses must be reckoned with.

The organic millet we offer comes from organic farming. Sustainability and fair trade are important criteria for us. The husked and peeled grain of the golden millet is rich in minerals. In contrast to cereals, millet does not only contain these minerals in the outer layers, but in the whole grain.

Millet thrives in almost all climate zones. It protects people from erosion, especially in barren regions, and has saved them from the worst famines for thousands of years. In addition to seeds, straw was traditionally used to make brooms and paper, but also as building material. Millet has always been used as animal feed. Now millet fulfills another important task. As biomass, it is used to supply renewable energy.

Like cereals, millet from commercial cultivation is also harvested with combine harvesters or forage harvesters. The millet seeds are separated from the green parts of the plant in the field. The millet is cleaned, dried and then sold in various grades and quality classes.

Millet has a savory taste. Its slightly nutty aroma is becoming more and more popular.

The world harvest currently amounts to around 86 million tonnes, and the trend is increasing. Millet offers a relatively constant harvest because it is not sensitive to weather conditions.

Celiac patients and those sensitive to gluten appreciate organic millet because it is gluten-free by nature. However, millet does not work well as a baking cereal, which is why it cannot be processed as a sole ingredient into normal bread, but only into flat cakes.