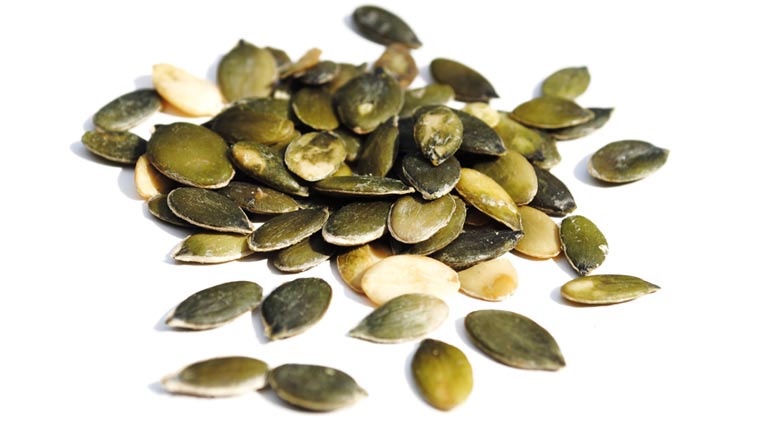 Pumpkin seeds are used for oil production. They are a sought-after baking ingredient, popular as a snack and ingredient in many meatless dishes.More…

Depending on the growing area from August to October.More…

The world harvest of pumpkins is enormous. It amounts to about 27 million tons annually. Naturally, only a fraction of this is accounted for by the production of pumpkin seeds. A pumpkin contains about 300 to a maximum of 1000 seeds, each of which weighs about 0.2 to 0.3 grams.More…

Although pumpkins need plenty of water for cultivation, irrigation must take place at least occasionally. However, since the entire fruit and not only the seeds are usable, this ecological disadvantage is put into perspective. As far as the pumpkin meat is not used for food purposes, it is used as a raw material for animal feed.More…

100 g pumpkin seeds contain on average 38 µg retinol. They are therefore an ideal supplier of retinol.More… 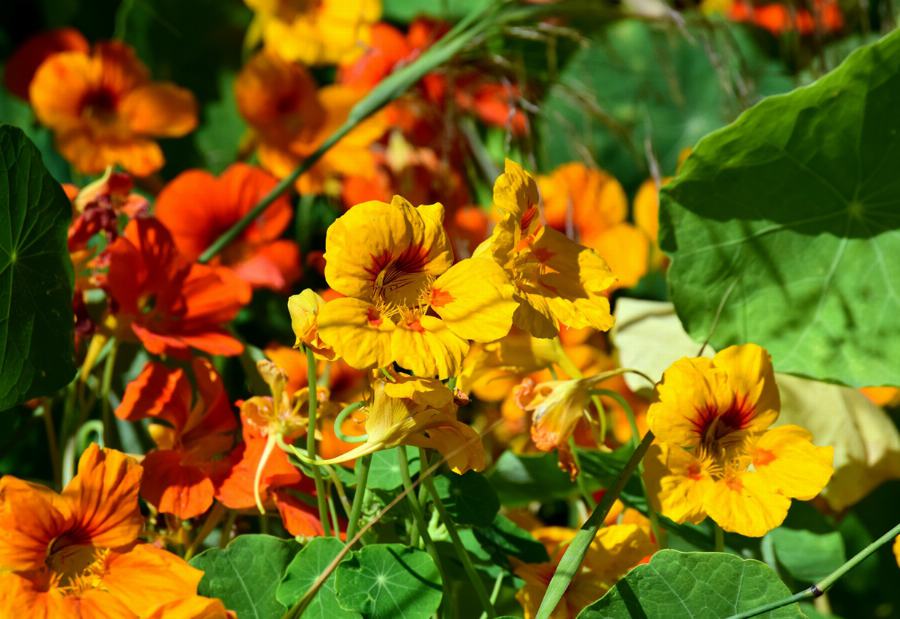 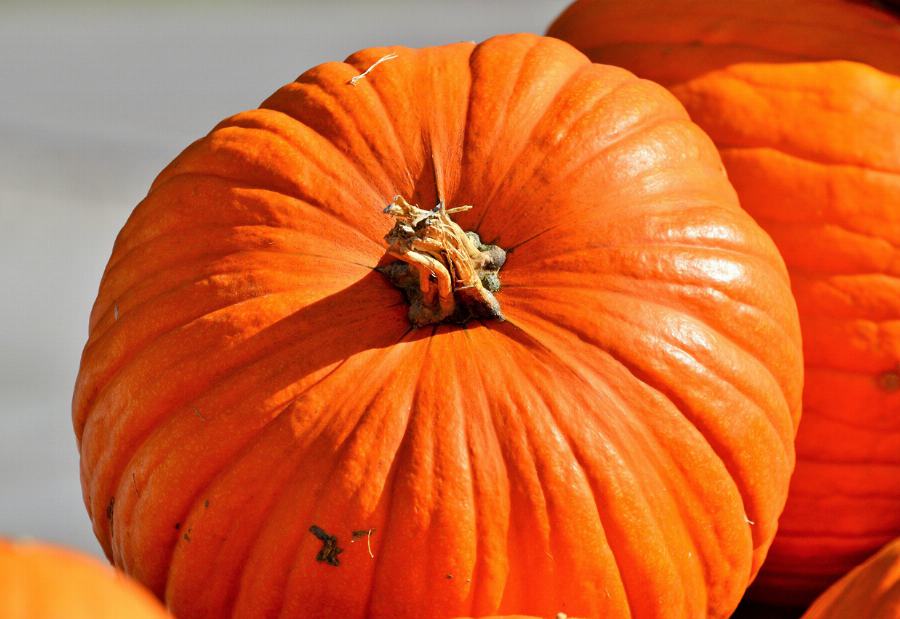 Within the family of the pumpkin family (bot. Cucurbitaceae) to which among other things cucumbers and courgettes belong, the pumpkins (Cucurbita) form their own genus.

Pumpkins are usually cultivated for one year. The stems grow lying down, but they can also be tied up for climbing. The long tendrils branch moderately. A few weeks after sowing, the first flowers appear in the leaf axils. The large fruits of the pumpkins are botanically seen as berries, or more precisely, armored berries. This term refers to berries with a firm, thick skin.

Single pumpkins can become almost huge and reach a weight of 1000 kg. The varieties used for commercial cultivation produce pumpkins with a harvest weight of 8 to 10 kg. The oval pumpkin seeds are flat and have a thickened edge. Special pumpkins have been bred for the production of pumpkin seeds and oilseeds. Some of them have only a wafer-thin white skin, like the “shine skin” and the “snow white”. Especially oil pumpkins, especially the “Gleisdorfer Ölkürbis”, were grown on unshielded pumpkin seeds. The term for these pumpkin seeds is “GWS – grown without skin”.

From America the pumpkin with its many varieties has spread all over the world. In its natural habitats, the pumpkin grows from dry regions to humid foggy areas. The pumpkin is cultivated commercially in a rather warm climate with sufficient rainfall. The pumpkin is not cold, the soft leaves are quickly damaged, especially during frost. They need water and full sunlight to thrive quickly and mature fully.

The pumpkins for our organic pumpkin seeds are grown in certified organic farms. No artificial fertilizers, fungicides or insecticides are used. This benefits everyone: the microorganisms in and around the fields, the people who consume the products and, last but not least, the animals, because residues from oil pressing and unusable pumpkin meat are processed into animal feed. It is also ecologically valuable that not only the seeds are harvested. A large part of the fruit flesh is processed into preserves, which are particularly popular in the USA, where they are almost a staple food.

Tractors transport the ripe pumpkins to the collection point. To obtain pumpkin seeds, they are broken open and seeded. Several rinsing cycles are necessary to remove the pulp from the seeds. The seeds are then dried. The coated varieties are removed from their shells. Until a few decades ago this was exclusively manual work, now machines take over the otherwise tedious task. This process is not necessary for unused pumpkins. After cleaning, they are brushed with special machines to remove the seed skin. They are then washed and dried again.

Pumpkin seeds are spicy, with a nutty taste, which is reinforced by roasted seeds.

China and India are the world leaders in pumpkin production. In Europe, Austria and Italy are among the main growing regions.

The shellless variety of pumpkin seeds was originally created by a mutation. Breeding success made it possible to introduce this advantage constantly into varieties. 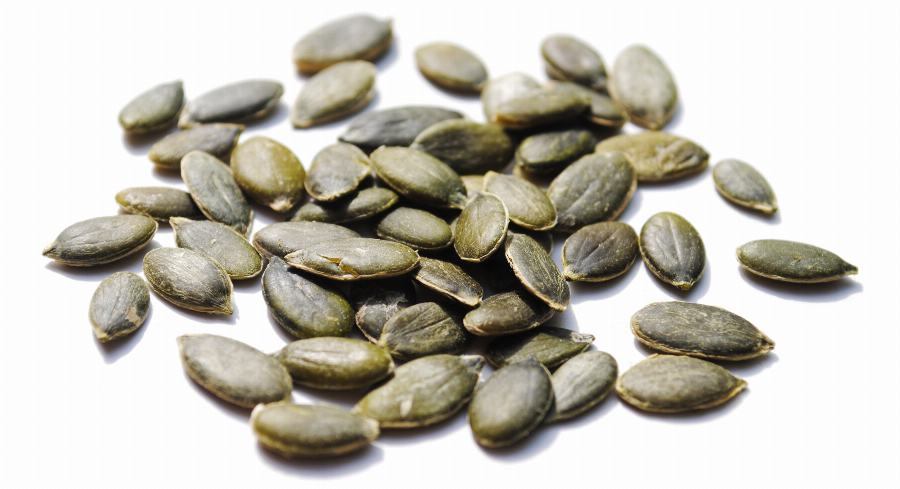 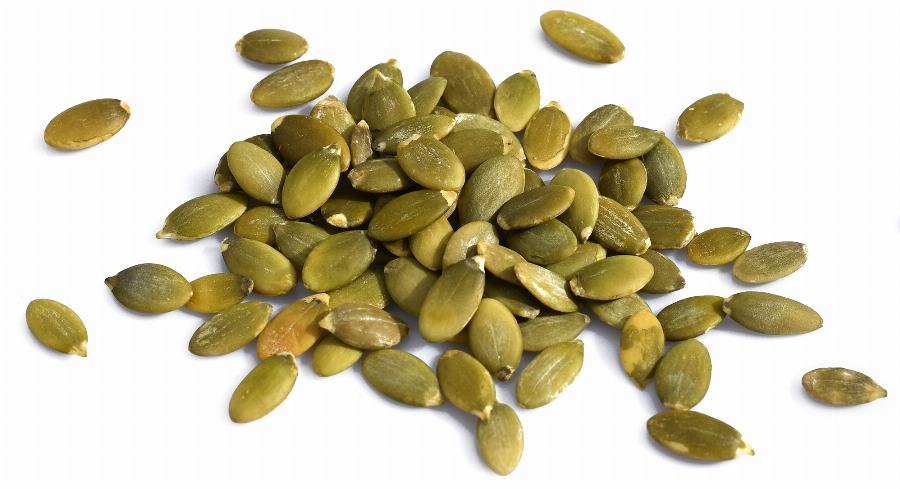