For soups and stews, in vegetable dishes, as a side dish, processed into flour in bakery products and pasta, for growing sprouts.More…

Depending on the growing area and sowing between May and September.More…

Seeds from the legume of the lens (Lens culinaris).More…

Mild, slightly nutty to savory, spicy and earthy, depending on variety.More…

In all probability Asia Minor.More…

Lentils are not only an excellent bee food, they also serve the soil. Like many papilionaceous plants, they form a symbiosis with the nodule bacteria present in the soil. In this way, nitrogen accumulates in the soil, which is used in crop rotations for reseeding. Dried lentils can be packaged in an environmentally friendly way and transported and stored in a compact way. This contributes to a positive ecological balance.More…

The variety of lenses brings variety to the plate. One more reason to consume the protein-containing pulses more often.More… 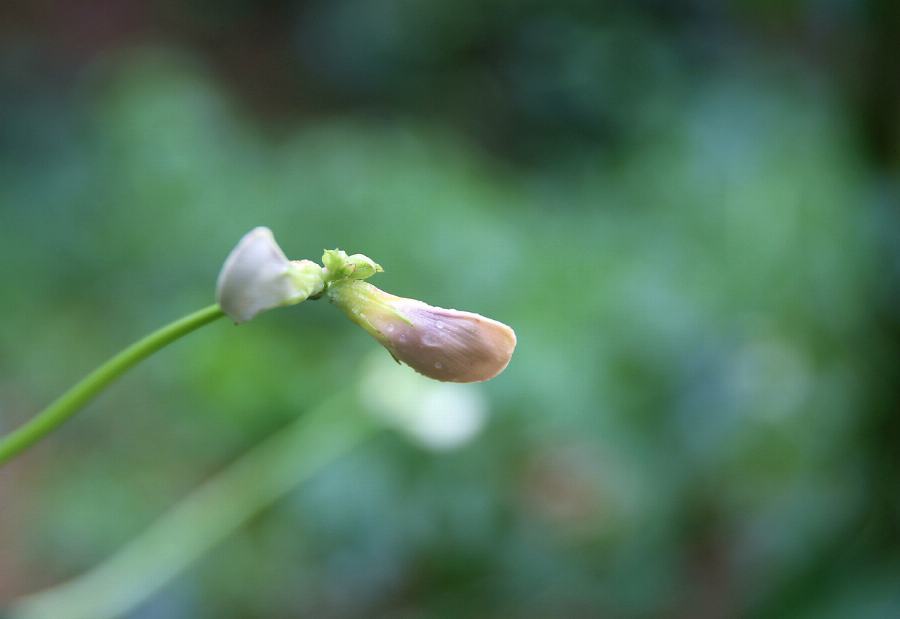 Lentils are a popular winter food. As soup or stew they satiate lastingly. In vegan and vegetarian cuisine, bratlings made of or with lentils are popular. The tasty pulses go well with vegetable dishes or are eaten cold in salads. Lentils become a tasty spread. Pasta is also made from lentils, lentil flour tastes good as a gluten-free additive in savory baked goods.

The lens cultivated for food purposes (Lens culinaris), also known as a kitchen lens, belongs to the genus of lentils (bot. Lens). These in turn are butterfly-blood from the family of the legumes. Besides beans, lentils offer the largest variety of legumes available on the market.

Lentils are annual plants. It grows herbaceously and reaches a height of 20 to 50 cm. The stem already branches at the base. Lentils have alternate, feathered leaves. The inflorescences appear on shoots that spring from the lateral axes. They are grapey with one to three flowers. After fertilization, each ovary matures with a seed capsule, which usually contains up to three seeds.

Around 70 lentil varieties are known worldwide, but not all of them are suitable for the production of kitchen lentils. Lentil varieties differ not only in appearance, but also in taste and consistency after cooking. The best known are plate lentils, which include various varieties. Mountain lentils, Beluga and Du Puys are other lentil varieties that are in demand among connoisseurs.

It is assumed that all our current lens varieties are descended from the wild lentil Lens orientalis. There is evidence that lentils have been one of the main crops in Asia Minor since the beginning of agriculture. Lentils have spread from Asia Minor to many regions. They are mainly cultivated in Asia, but also in Canada, the USA and Australia. Our organic lentils come mainly from Turkey. We purchase them from selected partners, so that a constant quality is guaranteed as far as possible.

Not only the cultivation of our organic lentils in sustainably managed and certified organic farms contributes to the ecological balance of the lentils. Their ecological footprint is also impressive: The production of lentils releases twenty times less greenhouse gases than the production of beef. Lentils also contribute to soil improvement because they can store nitrogen in the root area. This plays a particularly positive role in the cultivation of crop rotations. The bound nitrogen means that artificial fertilisers are not required. Smaller amounts of organic fertiliser such as cattle manure are sufficient for a good yield.

Lentils are mainly grown in mixed crops with cereals such as oats or barley. As climbers, they are dependent on a support aid that provides them with the grain. Both supporting fruits and lentils are harvested together. Specially equipped combine harvesters separate capsules and seeds from other plant parts. The subsequent separation of grain and lentils is carried out using technically sophisticated processes. The lentils are sorted according to size and quality and dried before being sold.

Connoisseurs are convinced of the variety of tastes of the lentils. The range extends from creamy-mild to savory spicy, almost tangy-earthy.

About 5% of the global yield, which is around 8 million tonnes depending on the harvest, comes from Turkey.

Lentils are not only already mentioned in the Bible, they are also together with Spätzle the Swabian national dish. 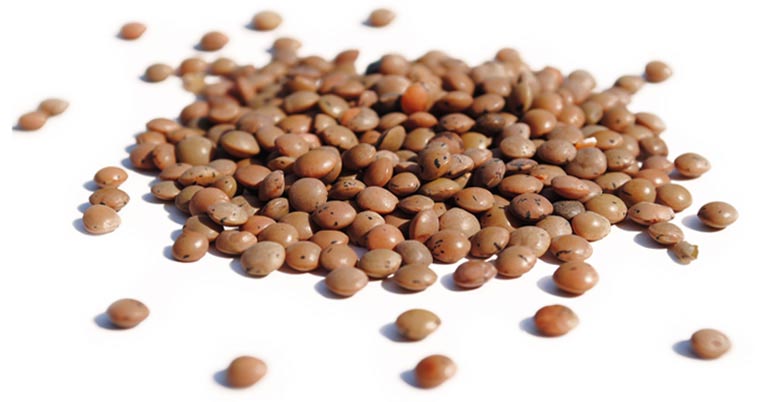 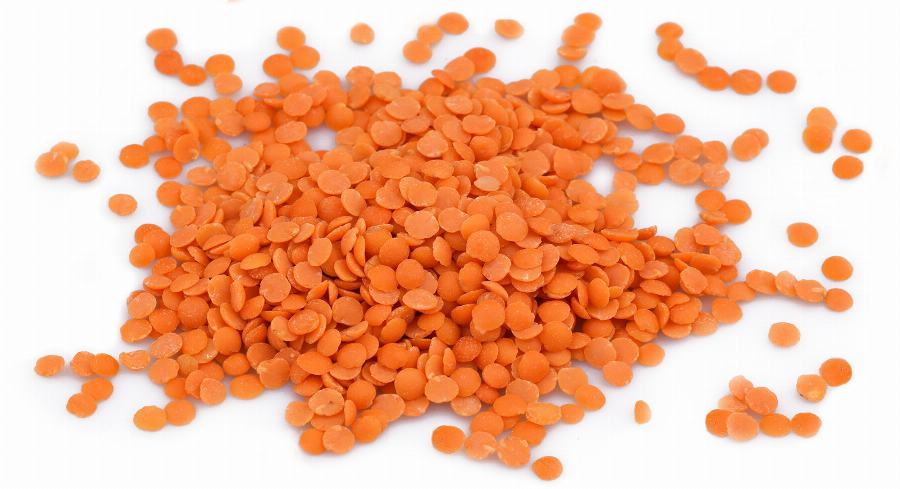 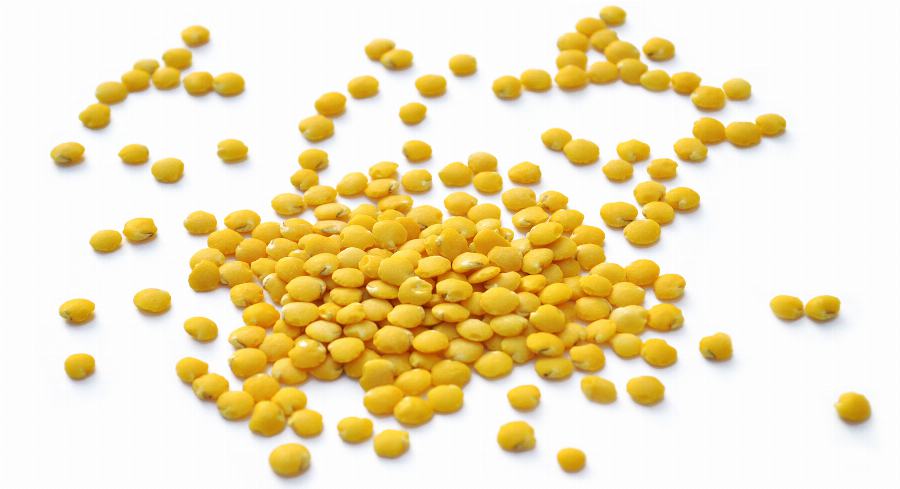 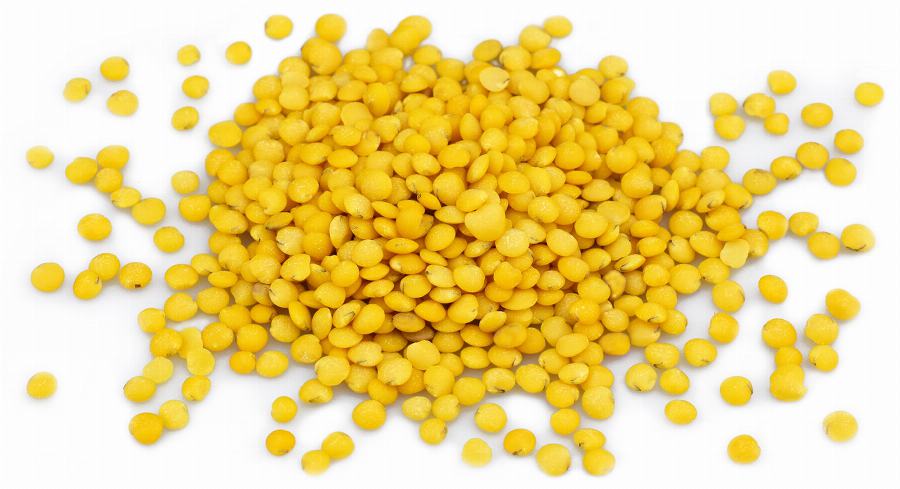