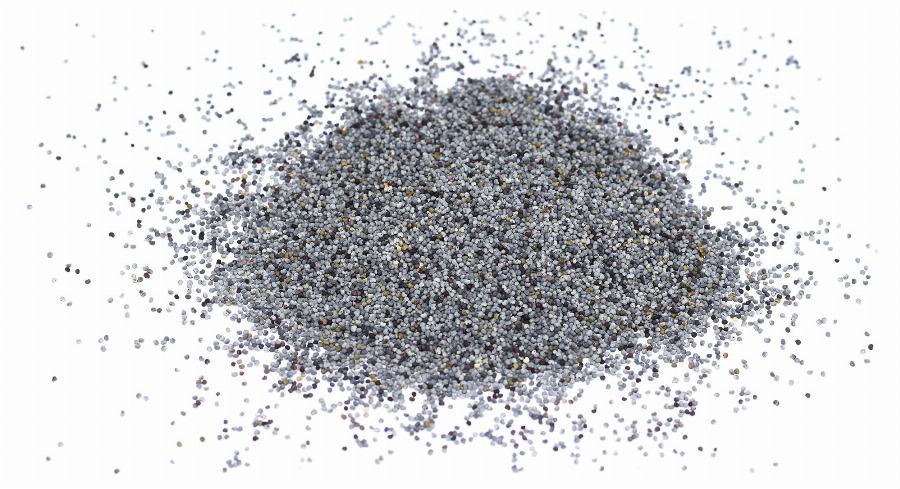 For sweet and salty pastries, fillings, spreads and smoothies, for pressing oil.More…

Depending on sowing from the beginning of July to the end of September.More…

Steel blue seed from the capsule of the opium poppy (bot. Papaver somnifera).More…

Organic poppy cultivation is suitable for fields cultivated in crop rotation. This allows the natural resources of the cultivated areas to be better exploited without harming them. From an ecological point of view, the poppy is adaptable if the climate is mild and balanced. More…

The poppy, cultivated for food purposes, is low in morphine. With an average of 18 g protein and around 28.5 g polyunsaturated fatty acids, organic blue poppy is a high-quality food. More… 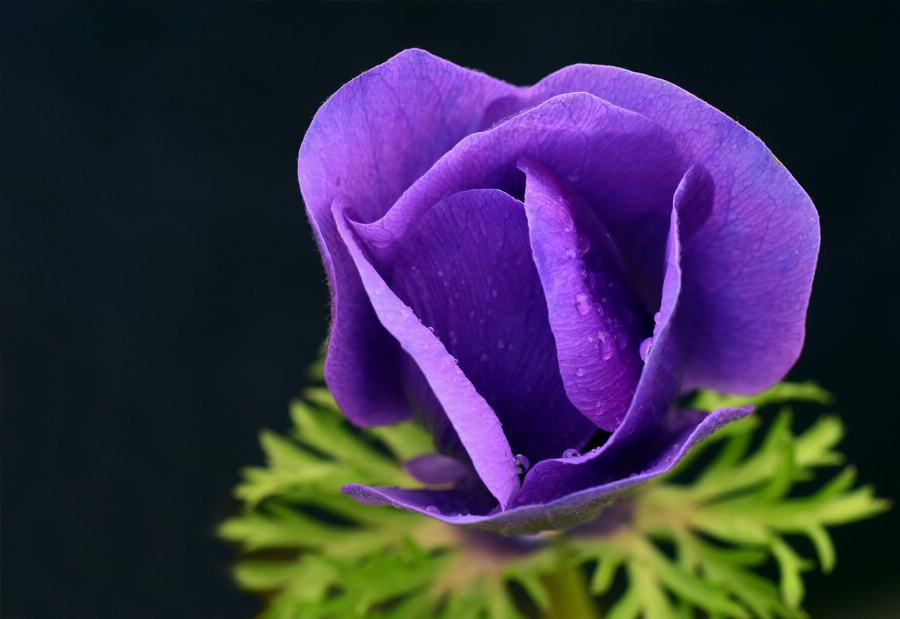 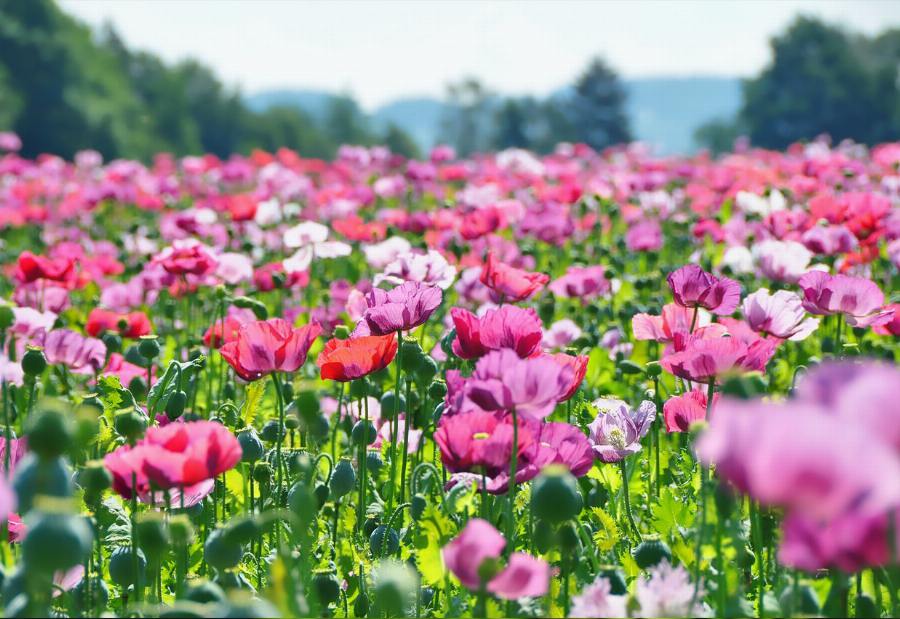 Organic poppy seeds can do more than just make bread rolls tasty and serve as filling in plait and dumplings. Modern as well as vegan and vegetarian cuisine appreciate it in sweet and salty spreads and as a topping for salads and desserts. Finely ground poppy seeds are suitable for thickening dishes. It is used like flour, especially in Indian cuisine. Cold-pressed poppy seed oil is a high-quality delicacy that is suitable for flavoring dishes.

The opium poppy (bot. Papaver somnifera) is grown commercially as an annual plant. It grows upright, the vigorously herbaceous stem can reach a height of up to 1.5 metres. Thanks to the long tap root, the poppy is also able to survive dry periods. However, a better yield is achieved if the opium poppy has regular access to water in addition to warm, nutrient-rich soils. On the other hand, the poppy does not appreciate rain and cold. In a wet and cold climate, the flower already develops insufficiently and the seeds do not ripen. Depending on the type of climate and cultivation, such as single crop or crop rotation, the blue poppy blooms between mid-May and the end of August. Soon after blossoming, the delicate, white to violet petals fall off. Pollination also takes place in the first days after flowering, with commercially grown poppies generally not dependent on insects. It belongs to the self-pollinators. There are hundreds of seeds in the spherical to oval capsule fruits. These are small and kidney-shaped. As they mature, they become dark and hard. Steel-blue poppy is particularly appreciated for its high oil content and intensive aroma. This is especially true for organic poppies, where sustainable and resource-saving cultivation contributes to quality.

It is presumed that the origin of the opium poppy is the same as that of the bristle poppy and that the western Mediterranean is a natural area of origin. Opium poppy was already used as a useful plant in the Neolithic Age. There is written evidence from the time around 4,000 BC that poppy was also used pharmaceutically. Opium poppy thus belongs to our oldest cultivated plants. The intoxicating effect of the opium poppy was also recognised at an early stage. Sumerians and other Mediterranean countries knew about opium poppy since at least 2,000 BC. In the decadent Rome of antiquity, opium poppy was the drug of the rich. So it is not surprising that its use was forbidden at the time of Charles the Great. However, this did not last long, since the pharmaceutical effect was appreciated, among others by Hildegard of Bingen. Opium poppy, which is cultivated for food purposes, contains only a small amount of morphine, codeine and thebaine. In Germany, the cultivation of morphine-rich poppy varieties is even prohibited, and cultivation for food purposes also requires a special permit.

Due to its short cultivation period, opium poppy or blue poppy is ideal for growing in crop rotation. It is appreciated as a previous crop, as it leaves the soil in a good coat. As a subsequent crop it is frugal, here it only requires a weed-free, non-compacted or silty soil.

The harvesting effort is low because it is carried out with the combine harvester. However, it is important to note that the right time for ripening has been reached. A typical feature is the rustle of the seeds in the capsules. A too early harvest causes the seeds to shrink, yield and oil content are reduced. Gentle threshing and drying to 9 % moisture are necessary. The poppy is then cleaned.

The fine nutty taste and the spiciness of the organic blue poppy are incomparable. When ground, the aroma of the steel-blue seeds deepens.

The thousand grain mass of the poppy is only 0.3 to 0.7 grams. Nevertheless, a yield of about 1 ton to 1.5 tons can be achieved from one hectare. Depending on the region and cultivation sequence, even up to 5 tons are possible.

Organic blue poppy contains over 40 % fat. Freshly processed and enjoyed, the valuable amino acids and minerals of the poppy are fully effective