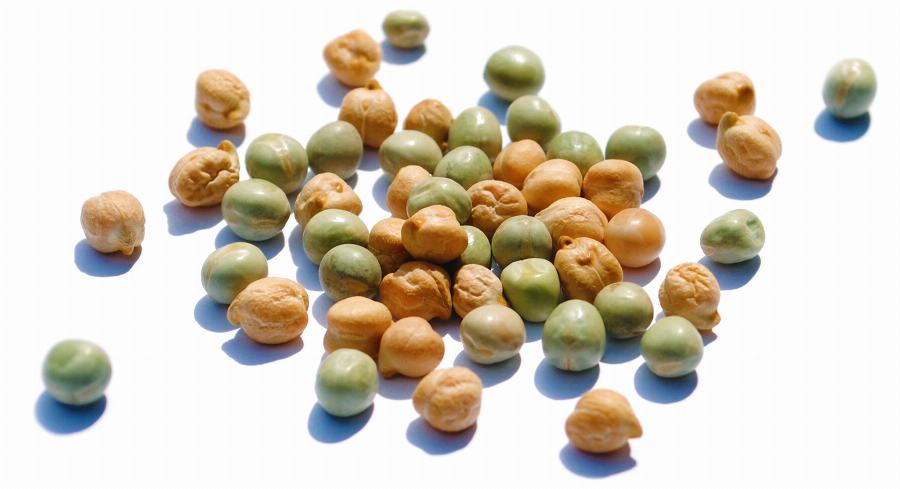 Dried peas are suitable in the kitchen for soups, stews and vegetable dishes, for grinding as flour, as animal feed.More…

From July to October, depending on sowing and growing area.More…

Seeds of garden pea (Pisum sativum) and other plants of a genus of peas (Pisum). However, chickpeas belong to the genus Cicer.More…

Dried peas are mild, floury, with a slight nutty taste.More…

Like all legumes, peas are able to form a symbiosis with the nodule bacteria. This stores nitrogen in the root system of the peas, which improves the soil. Peas are therefore ideal plants for crop rotations, as less fertilizer is needed for the successor plants.More…

Chickpeas only have their name from the peas. They belong to the genus chickpeas (Cicer). Cultivation and harvesting are almost the same.More… 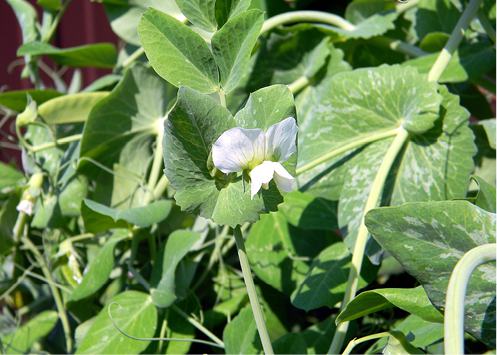 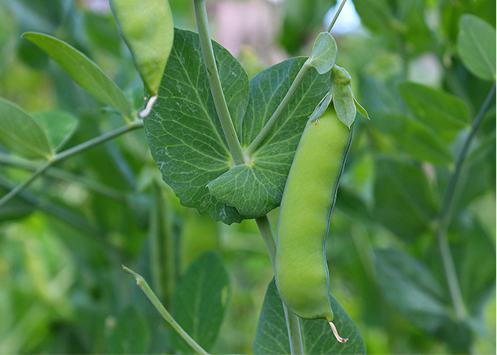 Dry peas are ideal for stockpiling. Some of them are processed into canned dishes. But also the dried beans have a good storage quality. These pulses can be used to make savory stews, creamy soups and smooth spreads. Dried peas are ground into flour and used as an ingredient for bakery and pasta products. Pea meal is mainly used in animal feed production.

Peas are annual plants, they grow herbaceously with a strongly branched root system. The stems are climbing or lying, they reach a length of up to 2 m. During the flowering period from May to June, one to three flowers appear on a 1 cm long stem. Peas are predominantly self-pollinated, even if bumble bees and bees feed on their nectar.

The legumes develop after fertilization. Varieties for commercial cultivation are about 10 to 12 cm long and up to 2.5 cm thick. The peas, which are the seeds of this plant, sit in the pods. As the plant matures, the pods become dry and the seeds shine through.

Numerous subspecies are also cultivated for food and feed. The field pea is used to produce animal feed, the dried paler peas migrate to the kitchen, the marker peas are suitable for canned goods and the coveted sugar peas are eaten fresh or frozen for later consumption.

Archaeological findings show that peas were cultivated as early as 8,000 BC. Pea is also one of the oldest staple foods in Germany. Dry peas were also the only peas that were eaten for a long time. The green, fresh peas probably only found their way into the kitchen in the 17th century. Dried peas were replaced by fresh produce on the menu for some time. It is thanks to the wholefood cuisine that they are frequently brought back to the table again.

Our green organic peas come from certified farms in Canada. Also dried they convince by their intensive taste. They are roundish and have a pronounced green color. Dried peas are a valuable source of nutrients. With their high content of protein, fibre, minerals and vitamins, they make a valuable contribution to a healthy, balanced diet.

Peas are ideal plants for crop rotations. On the one hand, they can only be cultivated at a distance on the same field, on the other hand they provide free fertilizer from nature due to their ability to bind nitrogen. This means that peas also protect the climate, because the artificial production of nitrogen fertilizer involves high CO2 emissions. What remains from the pea harvest is fed into animal feed or composting plants.

Modified combine harvesters are a prerequisite for harvesting peas. Some requirements must be observed to ensure that there is little loss of separation of the pea tendrils. A well-set threshing concave and the right sieve are necessary to ensure that little contamination remains and that only little breakage occurs. Dry peas are then cleaned again and dried before being sold.

Depending on the season, the harvest of dry peas amounts to around 16.2 million tonnes per year. The main producing countries are Canada, Russia, China, the USA, India and the Ukraine. Dried peas are also increasingly being grown in our region. Germany produces a harvest of around 260,000 tonnes.

The pea sausage known everywhere with its yellow and green variants is also made from dry peas. All you have to do is bring it to the boil and the tasty soup or stew base is ready. 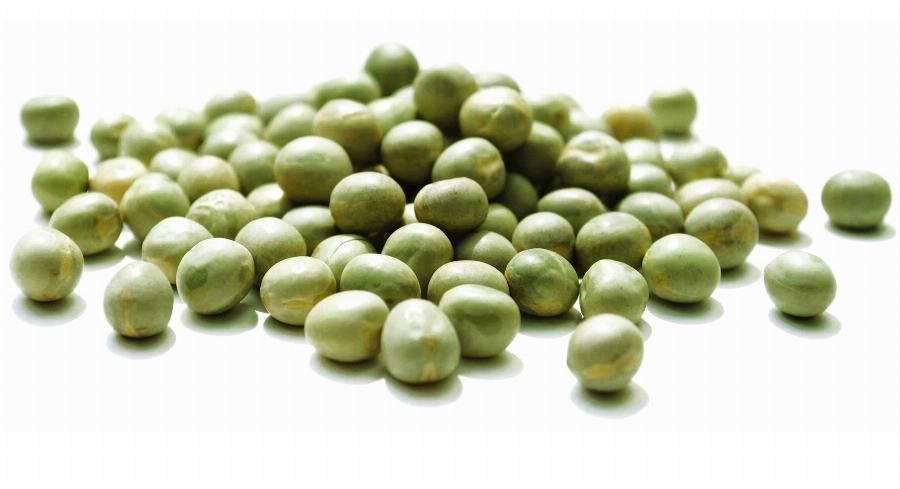