For mueslis and paps, as burgers and vegetable dishes, for casseroles, in salads and sauces.More…

Late summer to autumn depending on region.More…

Originally from South and Central America, amaranth is now found all over the world.More…

Thanks to modern breeding methods, the grain count of the individual plant is up to 45,000. Per hectare of arable land, this results in a harvest of around 2 tonnes per year.More…

Organic Amaranth grows on almost every continent. Sustainable cultivation and fair trade improve the income situation of the small farmers involved. Organic cultivation also focuses on crop rotation, careful use of resources and returns harvest residues to the natural cycle.More…

Amaranth is gluten-free and is therefore suitable for coeliac sufferers and people who are allergic to gluten.More… 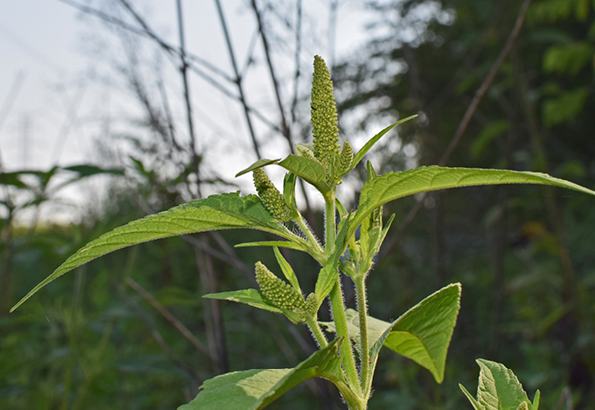 Amaranth has conquered a top position in the wholefood kitchen in recent years. The nutty tasting grain is eaten as a porridge, it spices up mueslis and gives vegetable dishes more nutritional value. In these dishes amaranth scores both in its natural variant and popped. Amaranth, which boils softly, is appreciated in casseroles and roasts. Amaranth can be processed into flakes, meal or flour.
Together with gluten-containing cereals, amaranth makes a loose bread. Gluten-free breads with amaranth are successful if binding substances such as psyllium seeds or guar gum are incorporated. Organic Amaranth is also suitable as a baby food, even if it is recommended to vary it with vegetables and other cereals.

The cultivation of amaranth as an important foodstuff has been cultivated for thousands of years. The Aztecs and Inca already appreciated this pseudo grain, which is why it is also known as Inca wheat. Nowadays, varieties from a subfamily of amaranth, Amaranthus caudatus, are mostly cultivated.

Amaranth loves warmth, it does not tolerate frost well. Later sowing from May therefore brings better harvests in most regions. A permeable soil, sufficient nutrients and plenty of sunshine are also prerequisites for good growth. Under optimal conditions Amaranth reaches a growth height of 70 to 150 cm. During growth, amaranth loves moisture, but not stagnant moisture.

Amaranth grows fast. Rows that have been sown densely are sometimes thinned out, the removed plants can be used as leafy vegetables. The seeds used as cereals are harvested mechanically in late summer, usually August to September. The grains are sifted, dried and sorted before being sold.

We obtain our organic amaranth from sustainable, ecological cultivation. In addition to growing amaranth in its original homeland of South America, it is now commercially sown in almost all regions. The short growing season, the rising demand for gluten-free cereals and the healthy ingredients contribute to the popularity of our organic amaranth.

Amaranth can be cultivated by late sowing in crop rotations. In the original cultivating countries, this foxtail plant is not only the nutritional basis for the local population, but also a secure source of income. Associations of interested smallholders also improve income opportunities. Last but not least, amaranth contributes positively to local living conditions: Collective farmers not only take care of the purely agricultural aspects of growing organic amaranth, but also extend their commitment to the promotion and education of children and young people.

When the majority of the seed stands are ripe towards the end of August, the harvest begins. Special combine harvesters, which are equipped for these fine seeds, are used. Amaranth has to be dried, impurities are removed. The cultivation of amaranth is rather cost-intensive despite the mostly problem-free prosperity, since the yield lags behind that of grain. For comparison: wheat yields an average of 3.5 tons per hectare, amaranth only 2 tons.

Organic Amaranth tastes mild to savory of grain, with a fine nut note.

Latin America continues to be at the forefront of cultivation. China, the countries of the former USSR, the USA and Europe also contribute to the fact that the total commercially cultivated area amounts to more than 300,000 hectares. The trend is rising. With a current average crop yield of 2 tonnes per hectare, this is already 600,000 tonnes of amaranth. Both consumers and producers are increasingly attaching importance to organic quality.

Amaranth, together with kamut, has the highest protein content of all cereals and pseudo grains, namely 14.6%. It is extremely rich in minerals and its vitamins, especially those of the B-complex, contribute to a healthy diet.