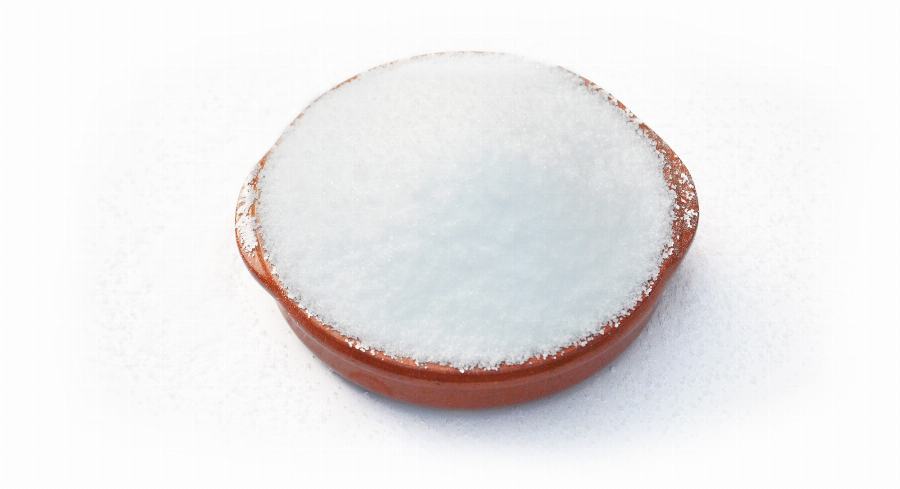 The production of erythritol is based on a natural fermentation process, namely fermentation.More…

The raw material for organic erythritol is glucose, which is mainly produced from corn, but also from beets, wheat and other starchy plants.More…

The possibilities for the production of erythritol are theoretically almost unlimited, research is being carried out into simpler and more cost-effective production processes.More…

Compliance with the regulations for organic food is a prerequisite for the production of organic erythritol. All starchy parts of the plants are used so that their resources are used to the best possible extent.More…

Erythritol has about three-quarters of the sweetening power of industrial sugar. However, it can be replaced by its similar volume 1:1.More…

Erythritol has about 75 % of the sweetening power of household sugar at a volume that is almost identical. This is an advantage for preparations that require the same texture as sugar, but should have less sweetness. Erythritol can be easily replaced, especially in biscuits. Since this sugar substitute is calorie-free, it is appreciated by slimming-conscious people as well as by diabetics and other patients who have to do without sugar – or sweeteners as a source of phenylalanine. Erythritol is also suitable as a sweetener for fructose intolerance. It is considered to be tooth-friendly, a caries-promoting effect is not known. Erythritol is also odorless. It is heat-stable and not hygroscopic, lump formation is thus avoided. These properties also make the sugar substitute ideal for food production.

Even though erythritol, also known as erythritol, only found its way into the food industry in recent years, the sugar substitute is not a new invention. As early as 1848, the Scottish chemist John Stenhouse succeeded in isolating the substance. However, it was a long way before it was approved as a food additive. The USA was the pioneer here. Since 1997, it has been licensed to be launched on the market. In Europe, this step took until 2006. In contrast to other newly approved additions to the market, there are no quantity restrictions for erythritol. Only in the case of processing into food is it necessary to indicate the proportion of Erythritol in 10 per cent or more. Chemically speaking, erythritol belongs to the group of sugar alcohols. There are also chemical-catalytic processes for the production of erythritol. These, however, are even more complex than the predominantly used industrial method. Using osmophilic fungi, carbohydrates such as glucose – also known as glucose or dextrose – and sucrose – cane sugar – are fermented to produce the sugar substitute erythritol. The by-products of the conversion process such as ethanol, glycerine and ribitol can also be reused. Erythritol has a particularly high digestive tolerance compared to sorbitol, lactite, isomalt and other sugar alcohols. For the consumer, this means that the risk of intolerances and reactions such as flatulence and diarrhoea is greatly reduced. Research results report that even in the human body glucose can be partly converted to erythritol. This close to the body composition of sugar alcohol seems to be an explanation for the good tolerance. The crystalline structure of erythritol is also appreciated by consumers. It behaves like sugar, is similarly soluble in water and is therefore considered a good substitute. For calorie-conscious people and as part of a reduction diet, Erythritol has another advantage: it is calorie-free.

The organic erythritol available with us is obtained from raw materials that meet all the requirements of organic farming. During processing, the highest hygiene standards are adhered to. Thanks to the trusting cooperation with our business partners, we are able to supply organic erythritol in a consistent, convincing quality.

Even though the production process for organic erythritol is still complex at present, it is the vegetable raw material that contributes to the sustainability of the product. Controlled organic cultivation and the use of corn and other raw materials that are GMO-free are a prerequisite and a matter of course.

The production is still complex and cost-intensive. A great deal of research is being carried out into new processes, in particular a better utilization of the raw materials used.

A curious student, son of a biologist, found out by experiments that Erythritol is not good for fruit flies – in contrast to humans. In comparison to fruit flies, which received sugar solution or other sweeteners as food, the peculiarity became apparent. All experimental animals that had eaten erythritol died. His father decided to investigate this phenomenon with his colleagues at the university and came to the same conclusion.