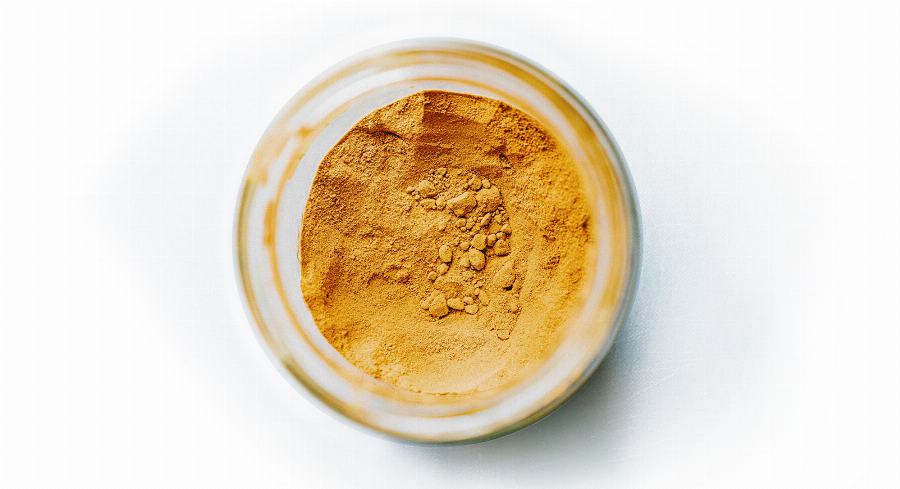 Turmeric is used as a seasoning for soups, rice and noodle dishes.More…

About nine to ten months after plantingMore…

Cultivation takes place primarily in Asia and the CaribbeanMore…

Long cultivation means there is little risk of abnormalitiesMore…

Has antioxidant, detoxifying and anti-inflammatory effects. Therefore many health-promoting effects.More…

The “spice of life”, as organic turmeric is also called, is a fixed component of curry powder and gives it its yellow color. Thus, curries and chutneys, but also soups or rice and pasta dishes are refined with the yellow powder. Turmeric is especially popular in hot drinks, because the healthy ingredients are particularly effective in hot liquids. Ayurveda, the traditional Indian art of healing, swears by the use of turmeric along with other spices in golden milk, which tastes mildly spicy and is an excellent stimulant for the immune system. Turmeric or turmeric is important element of Asian cuisine. In Indonesia, India, Thailand, Malaysia as well as the Arab countries such as Kuwait, Iran, Lebanon, turmeric with its spicy taste is used for noodle or rice dishes, sauces, vegetable curries, poultry, soups or fish. The ingredients of turmeric have many positive properties. Among other things, the contained turmeric has an anti-inflammatory effect, counteracts arteriosclerosis and can positively influence a diabetes disease. The essential oils contained in the turmeric root stimulate digestion and protect against free radicals.

Organic turmeric is grown mainly in Asia and the Caribbean. Well managed turmeric crop is ready for harvest in seven to nine months. The crop is generally harvested during January to March. On maturity, the leaves turn dry and are light brown to yellowish in colour. The harvested rhizomes are collected manually and all the extraneous matter adhering to them is cleared. The harvested turmeric rhizomes before entering into the market is converted into a stable commodity through a number of post harvest processing operations like boiling and drying. Boiling of turmeric is taken up within 3 or 4 days after harvest and involves cooking of fresh rhizomes in water until soft before drying. An effective cooking time of 45 to 60 minutes is considered essential. The cooked fingers are dried in the sun by spreading in 5-7 cm thick layers on the drying floor. It may take 10-15 days for the rhizome to become completely dry.

Turmeric has been cultivated for several millennia, but the exact origin is unfortunately unknown. However, it is assumed that the turmeric root originated in South Asia, as it is mentioned in the holy scriptures of Hinduism and served as a food and medicinal plant, but was also used to dye fabrics or paper. It was not until the 14th century that the root reached Europe, probably through the navigator Marco Polo, where it was incorporated into the medicine of the monasteries.

Since turmeric has been cultivated in India for a very long time, the plant has adapted well to the conditions. It is not very susceptible to diseases and bugs. If this does occur, there are many natural methods of treatment such as a spray made from neem leaves. More and more fair trade projects are emerging among turmeric farmers, where sustainability also plays a major role.

After about ten months, when the flowers and leaves of the turmeric have withered, or the plant is about one meter high, it can be harvested. The plants are cleaned from roots and dirt and then cooked. After organic turmeric has been dried in the sun, it is peeled and ground into powder.

Organic turmeric has a special taste. It is similar to that of ginger, although a bit more tart. Spicy and slightly bitter, the yellow powder tastes and reminds a little of the scent of dried herbs. Unfortunately, the yellow spice loses its flavor quickly and should therefore always be stored in an airtight jar, cool and dry. To preserve the typical yellow color, the storage should be protected from light. If organic turmeric is stored for too long, it can take on a slight taste of mustard.

Nearly 80 percent of the harvest is consumed in India, so that’s where the most is grown – up to 180,000 tons per year. Preferably freshly grated, turmeric is used in Thailand. Organic turmeric should always be used in the best quality to ensure its purity.

Already used in medicine for thousands of years, organic turmeric is said to have many scientifically proven positive properties, so that it can support our health. Curcumin can stimulate the production of gastric juice and the release of bile acid and thus help the stomach and intestines to better digest fat, which can prevent flatulence, bloating as well as diarrhoea or constipation. Even orthodox medicine now relies on this positive support for our body. Curcumin is an antioxidant and is said to have an anti-inflammatory effect in the body. As it is non-toxic, it does not cause any side effects. Pharmacologically, it is therefore considered harmless. Regarding its anti-inflammatory property, organic turmeric is popular in the treatment of rheumatic diseases or arthritis, as the antioxidant ingredients reduce inflammation of bone joints. Curcumin is also used for chronic intestinal diseases, as it can positively support the intestinal wall and mucous membrane. Furthermore, organic turmeric strengthens our immune system, which can prevent infections, especially during the cold seasons of winter and spring. In Ayurvedic medicine, it is also used to lower blood sugar and cholesterol levels and supports the process of losing weight.