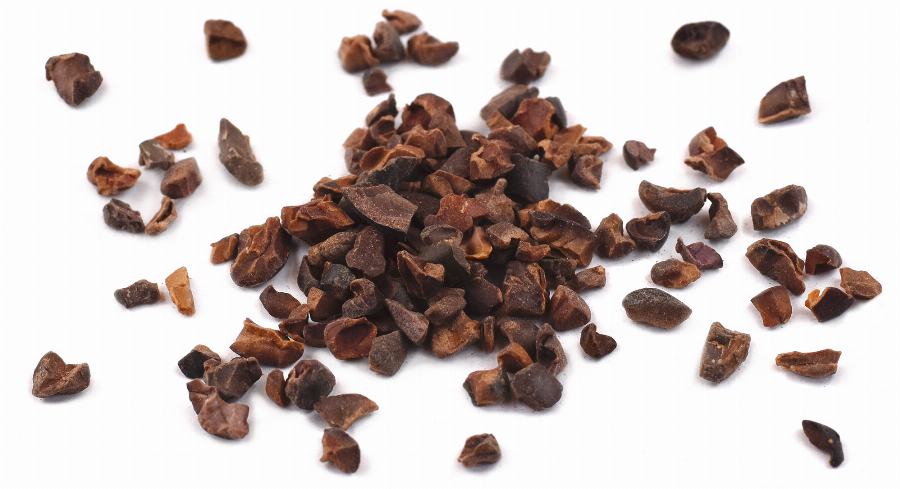 The nibs made from cocoa beans are incorporated into chocolate and pralines, they taste good in mueslis and snacks and are exclusive ingredients for pastries of all kinds.More…

Cocoa is usually produced in two harvests per year, the main months of which vary greatly according to the different growing regions. This means that almost every month of the year there are cocoa fruits on the market.More…

Pieces of seed obtained from the fruit of the cocoa tree (Theobroma cacao), the cocoa bean.More…

Cocoa is grown in the tropics and subtropics.More…

In recent years, the global cocoa bean harvest has averaged more than 5 million tonnes. The ten main producing countries together account for almost 95% of the world’s harvest.More…

Cooperatives, careful cultivation and fair trade contribute to the sustainability of cocoa production. This is especially true for organic cocoa, from which our cocoa nibs are made.More…

Cocoa beans have, even if one would hardly suspect it, only 15 % fat portion.More… 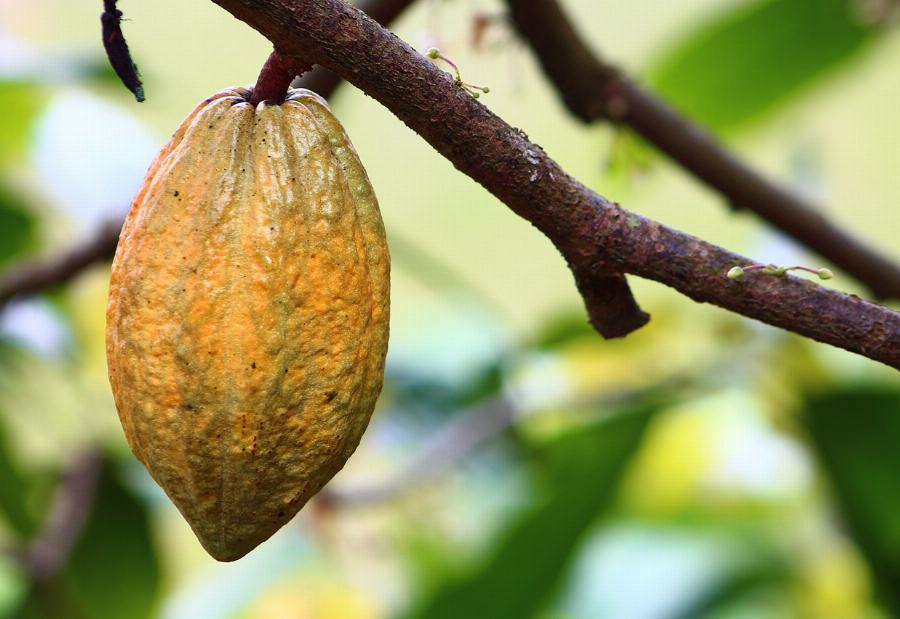 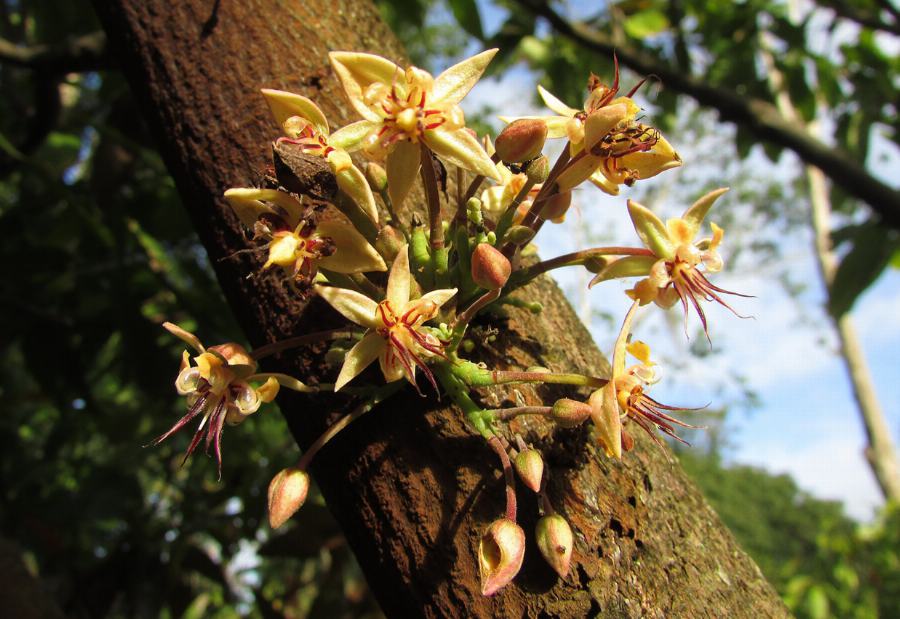 When you think of cocoa beans, you automatically think of chocolate. The small nibs that are broken from the bean core, however, taste much more delicious on their own. They are less greasy than pralines and chocolate, but more tasty. Our organic cocoa nibs can be eaten pure or mixed into muesli. They complement fruit preparations as well as chocolate products. They can also be used in biscuits and cakes or on cakes.

Cocoa trees of the genus Theobroma belong to the mallow family. The genus Theobroma comprises about 20 species of evergreen trees and bushes. It is native to the rainforest of Latin America. The famous botanist Carl von Linné gave the cocoa tree its botanical name, which means food of the gods.

Cocoa trees can grow up to 15 m high. In plantations, however, they are kept at a height of about 4 m for technical reasons. Numerous blossoms appear on the cocoa tree, several thousands are counted on individual trees. Only 0.5 to 5 % of these are pollinated. And even after the fruit set, the growing cocoa beans are not very successful. Up to 75 % of the fruits wither, numerous others are damaged by fungi or insects. Only a few specimens reach maturity, which makes them precious in two ways.

The tree itself is also demanding. It requires nutritious soil and sufficient water. It does not estimate temperatures below 16° C, it reacts with growth disturbances and becomes even more susceptible to fungal infestations and diseases.

Cocoa trees thrive in Latin America, only in a belt 20° north and 20° south latitude there is fruit set.

Our organic cocoa nibs are made from beans from sustainable and organic farms and associations. It is part of our company philosophy that also the people working for the cultivation are treated fairly. Cocoa beans from cooperatives, which not only claim the economic aspects for themselves, but also show social responsibility, are therefore our favourite business partners.

Harvesting cocoa beans is not only a sweaty affair because of the climatic conditions. It is still a matter of beating the ripe fruit off by hand with sharp knives. A prerequisite for a rewarding and sustainable harvest is also that the workers correctly recognize the degree of ripeness of the cocoa beans. Last but not least, the accuracy of this harvesting work is of paramount importance. The distance between tree and bean must be correct. If the bark is damaged or the cut is too close to the tree, fungi and infections can spread.

After harvesting, the cocoa beans are broken open. They are subjected to fermentation, which causes the pulp to separate from the beans alone. At the same time, biochemical processes take place inside the beans as a result of fermentation. These give the seed its spicy cocoa taste and subtly bitter aroma. The beans together with the inner shell are dried and peeled after this process. The seed is broken into small pieces, the nibs.

Try it here to explain, because our organic cocoa nibs are incredibly tasty. The spicy and slightly astringent aroma not only convinces the lover.

Côte d’Ivoire, Ghana and Indonesia are the main contributors to the 5.2 million tonnes of cocoa beans. Brazil and Ecuador are currently in 6th and 7th place respectively. The yield per hectare of cultivated land is about 443 kg.

Theobromine in cocoa is not only a pick-me-up, which can be attributed to its relationship with caffeine. It can also contribute to muscle relaxation, one more reason to treat yourself to a little time out with our organic cocoa nibs.